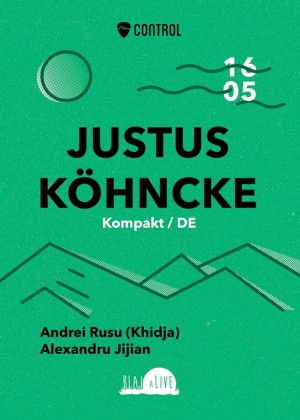 Justus Kohncke kick starts the Kompakt party in Control Club on May 16. The Kompakt DJ will be mixing for all the music fans, and just a couple of weeks later we will see him live again at Blaj aLive, on the Liberty Field, at the party hosted by the Cologne label.

The German singer and DJ came up with his own genre, sci-fi-techno-disco, after experimenting with various styles, from punk rock to acid, ballads and techno. Justus Kohncke is one of the base members in Kompakt, starting his career in the 80s, when he was part of the Blood and Honey project. During the 90s he moved to Cologne and became part of the label founded by Wolfgang Voigt, Michael Mayer and Jürgen Paape.

The May 16 party will also feature local acts Andrei Rusu (Khidja) and Alexandru Jijian. Khidja is an electro music project started in 1999, whilte Jijian became known after mixing music at the Electro parties, at the beginning of the 2000s.