New names join ARTmania Festival’s line-up in 2021, all of them being known members of the Romanian music scene. Bucovina, Dirty Shirt, Implant pentru Refuz, Lucifer – A Rock Opera, Taine and White Walls will join the international bands for a great celebration scheduled to take place on July 23rd – 25th 2021, in Sibiu, Romania.

After a rough 2020, the European festival scene is slowly coming together, hoping for a recovery based on the great & innovative work of science. In still uncharted territory, the international and local rock & metal community is preparing for a celebration of music and arts also in Romania, within the medieval walls of the Sibiu fortress, in the heart of Transylvania.

Bucovina, a well-known presence of the Romanian scene, started in 2000 as a trio with a Viking-Black sound. Later their musical expression developed into a more refined combination of folk elements mixed with black and heavy metal themes. During its career, the band released a series of iconic albums, from its debut material, “Ceasul Aducerii-Aminte” (“The Hour of Reckoning” – a seminal product in the Romanian metal scene and a current collector’s item around the world), to the “Duh” EP (“Spirit” – voted among the top five influential metal albums in post-communist Romania) or to “Septentrion” in 2018. The 2018 launch was also followed by Bucovina’s first EU album release tour as a headliner and by the band’s first show in the UK, proving that “The Underworld Camden” was too small for the crowd gathered to see them.

Dirty Shirt is a top Romanian crossover folklore metal band, winner of second place at the international final of Wacken Metal Battle 2014 among several other awards. The band’s unique style derives from mixing the heavy sound of modern rock/metal with the festive ambiance of East-European traditional music, the eclecticism of world music (country, reggae and tribal rhythms), the electro sound of industrial music, the energy of hardcore and the groove of funk. Not surprisingly, the original mix proposed by the band brought Dirty Shirt reviews all over the world, in well-respected magazines such as Metal Hammer (DE, HU), Rock Hard (DE, FR, SLK), Metalsucks (USA), Hard Rock Mag (FR) orTerrorizer (UK), together with a consistent presence at international level (tours and media).

Implant pentru Refuz is one of the longest running Romanian bands and a strong representative of the Romanian alternative music scene, which has been constantly surprising its fans with fresh and continuously evolving sounds in the last 25 years. Their creative work, both sensitive and filled with force, tells the story of the evolution of the local alternative music sector, story gathered in 9 everlasting albums – from “Implant pentru refuz” (1996), to “Monolith” (2007), “Cartography” (2015) or “SubRadar” (2009).

Based on the poem “Luceafărul” by the Romanian poet Mihai Eminescu and translated in English by Dimitrie Cuclin, “Lucifer” – A Rock Opera is composed and produced by Adrian Tăbăcaru, a known member of the Romanian rock-metal community. The album features top-class musicians and actors from Romania and UK who bring Eminescu’s poem to life in a unique and vibrant interpretation, which masterfully emphasizes the general theme of this poem: love.

Taine, a known Romanian band with more than 300 live shows over its 25 years of existence, borrows its name from the Romanian word “taină”, commonly used to express “hidden things” or “mystery”. During its career, the band was included in the line-up of more than 40 local and international rock festivals and gathered more than 20 nominations and awards for “best drummer”, “best live performance” or “best technical/ instrumental act”. From the “The Light Of The Truth” Demo tape (1994), to the “Decade of Metal” EP (2004) and to the “Resurrection” EP (2013), Taine’s style continuously evolved, also enriching its multimedia show, featuring live synchronized video projection which accompany the on-stage performance. The video composition, combined with the band’s “death, progressive, thrash, jazz, mathcore, ambient, noise” original sound, completely transforms a plain rock concert into a main stream audio-visual show.

White Walls’ progressive metal story began in 2009, on the Romanian shores of the Black Sea and is generally associated with genres such as progressive metal, metalcore and melodic metal. After its successful debut, “Mad Man Circus” (2010) – very well received by both critics and the public, the band performed no less than 15 concerts in 6 countries, being also the first Romanian band invited to play at ProgPower Europe Festival in 2011 and, in the same year, as opening act for the Pain Of Salvation show in Romania. White Walls often intertwine elements of darkness and light with relentless riffs, melancholic chords and a balanced mix between restlessness and restraint. Influenced by a variety of metal subgenres, the sound has been compared to diverse acts such as The Ocean, Opeth, Tool and Karnivool.

The newly confirmed bands will perform on the ARTmania Festival stage together with the previously announced international bands (a-z): Amon Amarth, Clutch, Cult of Luna, My Dying Bride, Port Noir, Testament and The Vintage Caravan.

Festival passes for the 2021 edition of ARTmania Festival can be purchased from artmaniafestival.ro at 290 lei + 6% taxes/ pcs. 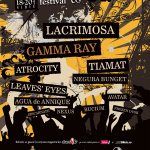 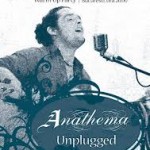 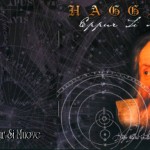